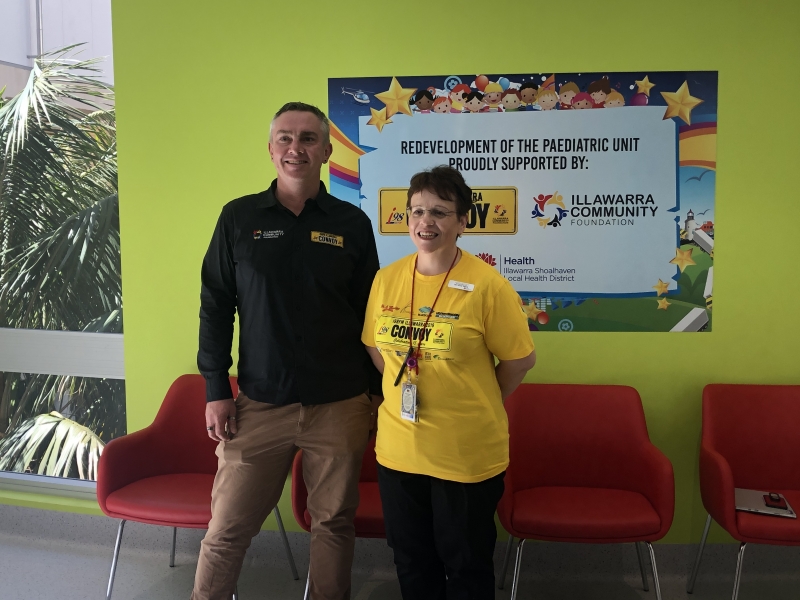 Stage one of the Convoy Funded redevelopment of the kids ward launches!

The redevelopment of the children’s ward at Wollongong Hospital is bringing a smile to the faces of sick kids and their families, at a time they need it most.

Staff and patients are now settling into the new and improved ward, made possible, thanks to a one million dollar donation from the i98 Illawarra Convoy and the Illawarra Community Foundation.

The ward now has a larger footprint, thanks to the realignment of the main corridor. There’s a new staffing area, but the most welcomed addition is the new family room.

It includes lounges, kitchen and laundry facilities for parents in need of a break. There’s also two new parents rooms, where mums and dads can get some sleep during a very stressful time.

The redevelopment completes stage one of a five stage project. “We would love to go on and do stage two and, and that involves a new playroom for the children. But we need the community to get behind and support it.” Dr Piper said. A project the Illawarra Community Foundation hopes to continue to support, with the i98 Illawarra Convoy just around the corner.

“Don’t forget to donate again this year.” Said i98 Illawarra Convoy and Illawarra Community Foundation Manager, Mark Rigby. “Because we might be able to do stage two perhaps. If we can get some good funding behind us it would be great to see this project through to the end.”