Mikaila receives support as she battles with a rare cancer

After returning home from their cruise, Mikaila noticed a lump on her bottom. After a visit to the Doctor, and weeks on ongoing tests, she was diagnosed with Cancer, named Sarcoma. This was the initial diagnosis, but after noticing a lump on her rib, and after more tests, and a referral to the Prince of Wales adolescent oncology department, specialists confirmed that Mikaila has Avelolar soft-part sarcoma, which is a rare type of cancer. This type of cancer affects soft tissues like fat, muscle and nerves and currently there are only 20 cases in Australia.

Unfortunately for Mikaila, the cancer has already spread and she is unable to have surgery to try and remove the cancer. At a cost of $4000 per month, Mikaila is undergoing auto-immune treatment to try and shrink the tumors, and there is little research into the side effects of this type of treatment. Mikaila has been accepted into a trial that will cover the cost of the auto-immune treatment, but this does not cover any other expenses associated with tests and further treatment.

After submitting an application to the Illawarra Community Foundation, from the funds raised in the i98FM Illawarra Convoy, Mikaila and her family received support in the form of food and fuel vouchers.

“We are happy to present Mikaila and her young family with support from the funds raised during Convoy,” says Marty Haynes. “Cancer is a horrible disease that doesn’t discriminate. Hopefully these funds will relieve some of the financial stress the family is feeling due to treatment.” 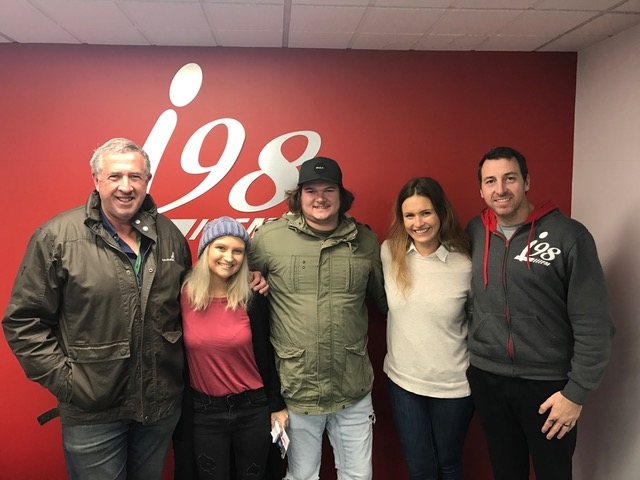