2 year old Sterling Jones from Oak Flats was born with congenital hydrocephalus, which was dismissed by doctors early on as Sterling “just being a big boy at birth”. As his health declined he was taken to a paediatrician for check-ups, and then sent straight to Sydney and operated on immediately. Sterling suffered bleeds on the brain due to his macrocephaly (is a condition in which the head is abnormally large) that went undiagnosed for several months. On top of his hydrocephalus and brain bleeds he also has a cystic lesion on his brain so rare that it doesn’t have a name.

To date Sterling has endured 10 brain operations, suffered meningitis and a staphylococcus infection of the brain. After his last surgery he has suffered a rare visual disturbance and cannot focus, making everyday tasks stressful and frightening for him to attempt.

With more operations to come for young Sterling, the Illawarra Community Foundation, through funds raised during the i98FM Illawarra Convoy, is supporting him and his family with food and fuel vouchers to help reduce the financial burden of ongoing travel to Sydney.

“This is a young boy who has had a rough start to life.” says Marty Haynes, i98FM Breakfast show host. “We are proud to support young Sterling and his family during this difficult time, and encourage any other families suffering financially due to a potentially life threatening medical condition to reach out for support.” 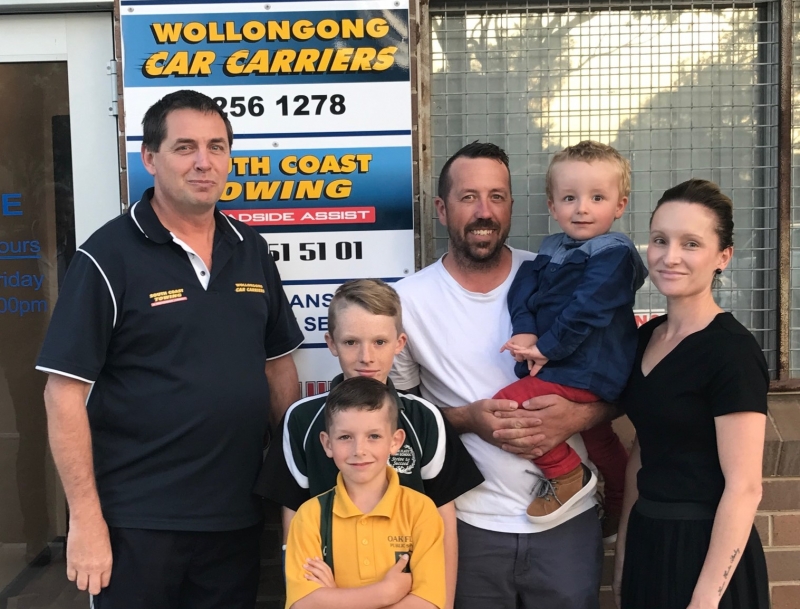