Korbyn Myers hasn’t had the best start to life, but he is soldiering on.. 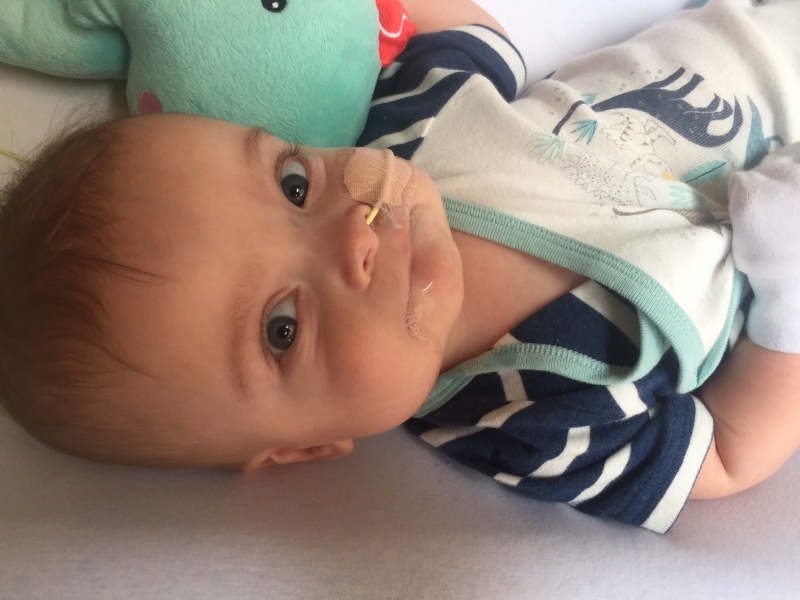 Korbyn Myers from Helensburgh was born prematurely in June 2017. Korbyn spent the first five weeks of his life in the special care nursery requiring tube feeds and numerous tests and scans to try to ascertain why he was having so much difficulty feeding and gaining weight. Korbyn finally was discharged from hospital at five weeks old, but still required twice weekly checks at the hospital to monitor his weight gain. His family enjoyed having him home for nine weeks although Korbyn required much more care than is usual for a new baby, and a lot of extra support with feeding. As Korbyn was not developing as normal, at 14 weeks old, it was discovered that Korbyn was aspirating his feeds into his lungs and was immediately admitted to hospital for nasogastric tube feeds. This led to a two week stay in hospital- the last week transferred to Sydney Children’s Hospital at Randwick. During this time Korbyn’s condition deteriorated quite quickly, and it was suspected that Korbyn had a genetic neurodegenerative disorder.

Many investigations were to follow including extensive genetic testing, and in September 2017 Korbyn was diagnosed with severe developmental encephalopathy severe cortical visual impairment, intractable epilepsy and severe intellectual/developmental disability, severe gastro-oesophogeal reflux disorder with aspiration requiring permanent tube feeds. The underlying genetic cause of this is still unknown.

“Korbyn will have a lifelong need for support from the point of view of his daily living and support,’ says Korbyn’s paediatrician. “In addition he will need assisted feeding and is planned for a feeding gastronomy button with a jejunal feeding tube. He is currently fed continuously via a nasojejunal feeding tube. Due to his encephalopathy he needs constant surveillance for seizures and aspiration/choking episodes.”

The family’s challenges do not stop at just Korbyn. Korbyn’s 6 year old brother Hayden is severely autistic and requires a lot of intervention and care. Korbyn’s dad David suffers from multiple autoimmune conditions and has had two spinal fusion surgeries. The most recent of these was in February 2017, resulting in 6
months off work for recovery. On top of this David was made redundant from his full time employment of 20 years in September 2017, while Korbyn was in Sydney Children’s Hospital receiving treatment. David’s poor health, means he is unable to complete basic tasks such as mowing, cleaning, home maintenance and caring for the children, so most of these tasks fall upon his wife Fiona, to juggle whilst dealing with Korbyn’s health issues, Hayden’s autism and their third child, 7 year old Charlotte, who unlike her brothers is free of illness.

Korbyn’s condition means that the family spends many hours each week at specialist appointments and therapy sessions to help give him the best chance to develop skills most of us take for granted. Many of these appointments require Fiona to take Korbyn to Sydney Children’s Hospital, as well as his many
unscheduled admissions to hospital (as many as three time a week) when he has managed to remove his feeding tube which must be then urgently replaced with radiological guidance.

After submitting an application to the Illawarra Community Foundation for the funds raised in the 2017 i98FM Illawarra Convoy, the family will now receive fuel & food vouchers to help reduce their financial strain.

“Unfortunately we see many children and families in our region who are affected by life threatening medical conditions” says Marty Haynes. “We do however take pride in knowing we can support families like the Myers’ with funds raised during Convoy, via the Illawarra Community Foundation, and provide some relief to them during hard times.”

Funding information for is available on the www.illawarraconvoy.com.au website. 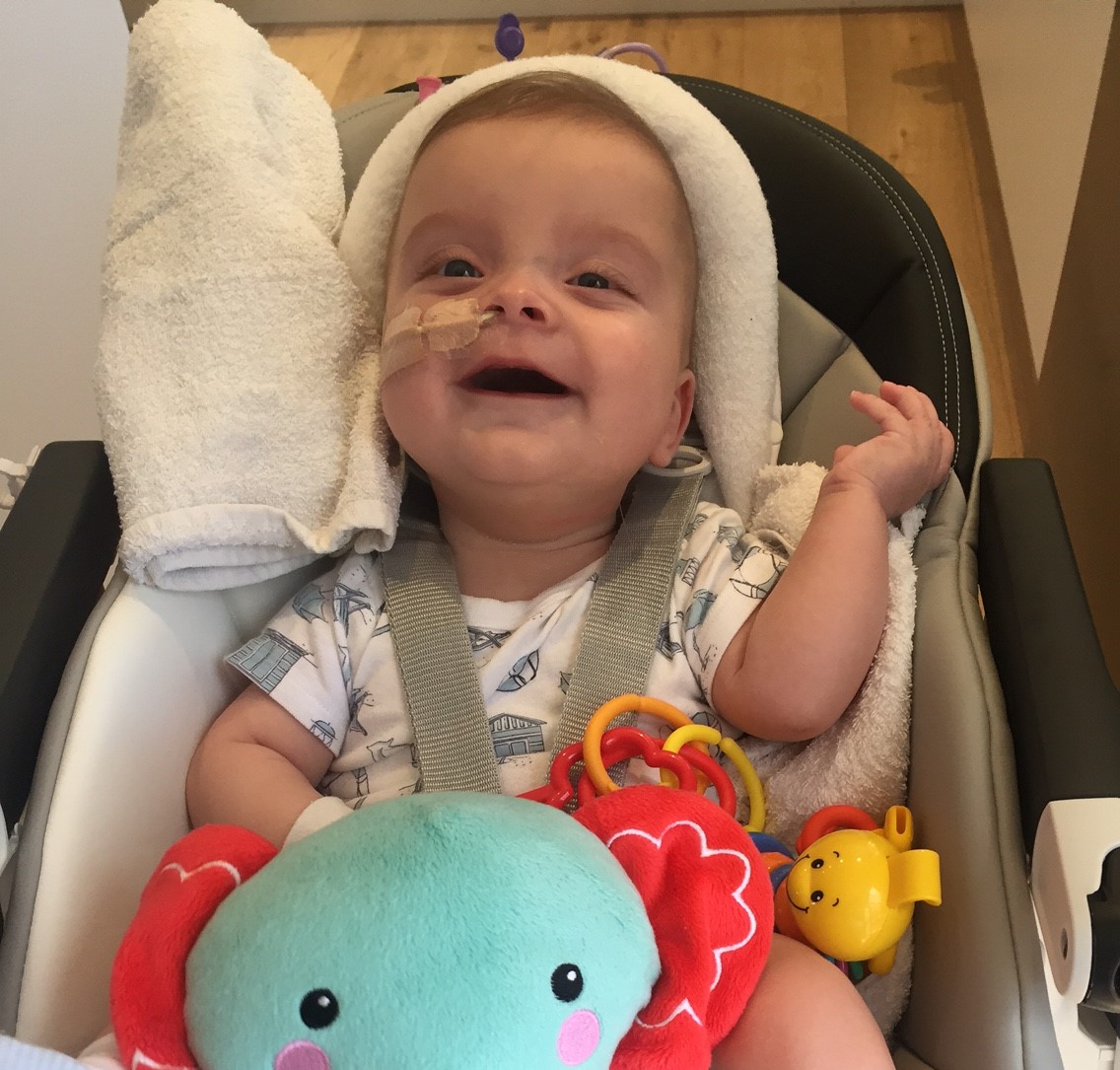 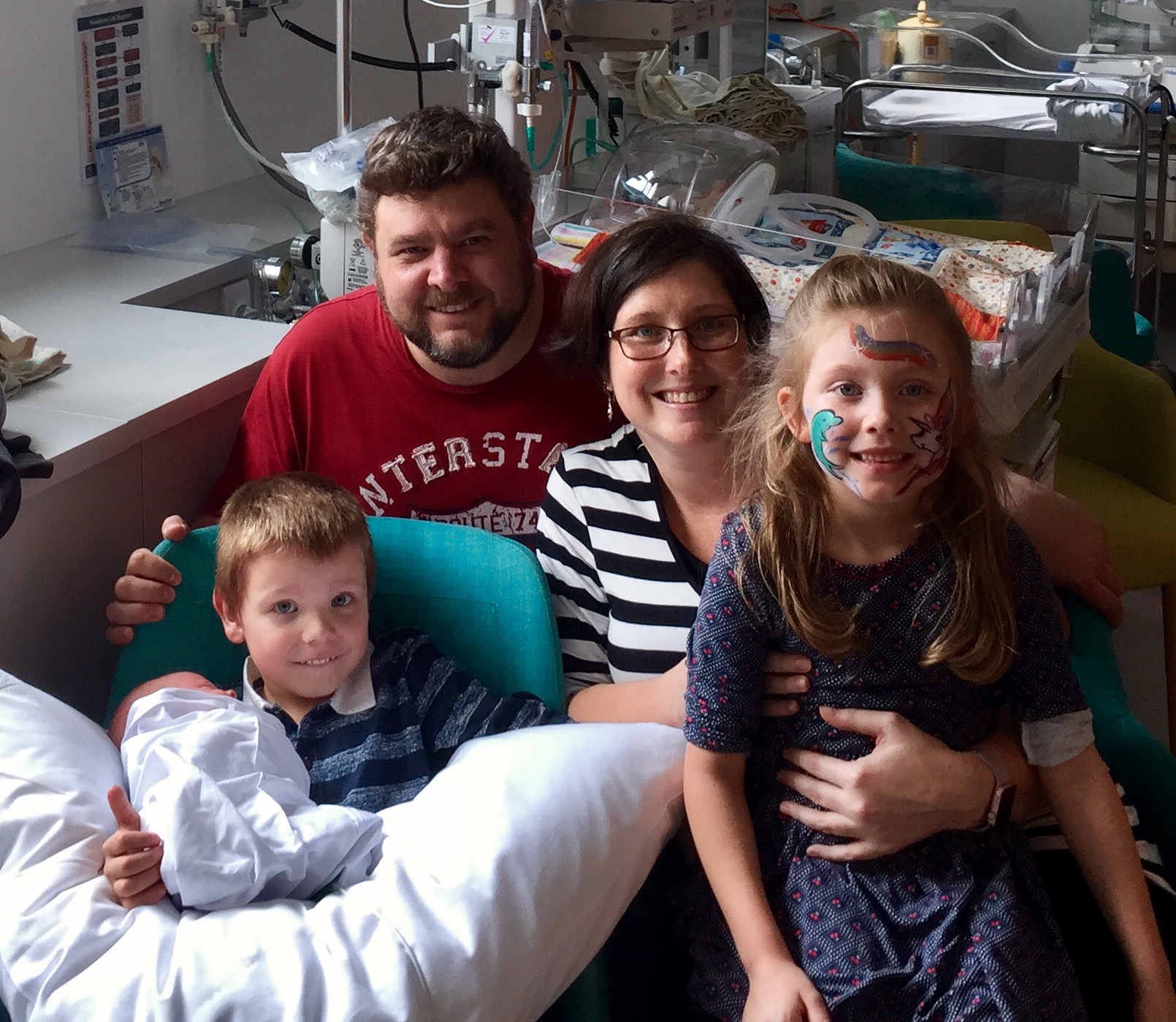