Eli receives support from Convoy to assist with his ongoing treatment costs. 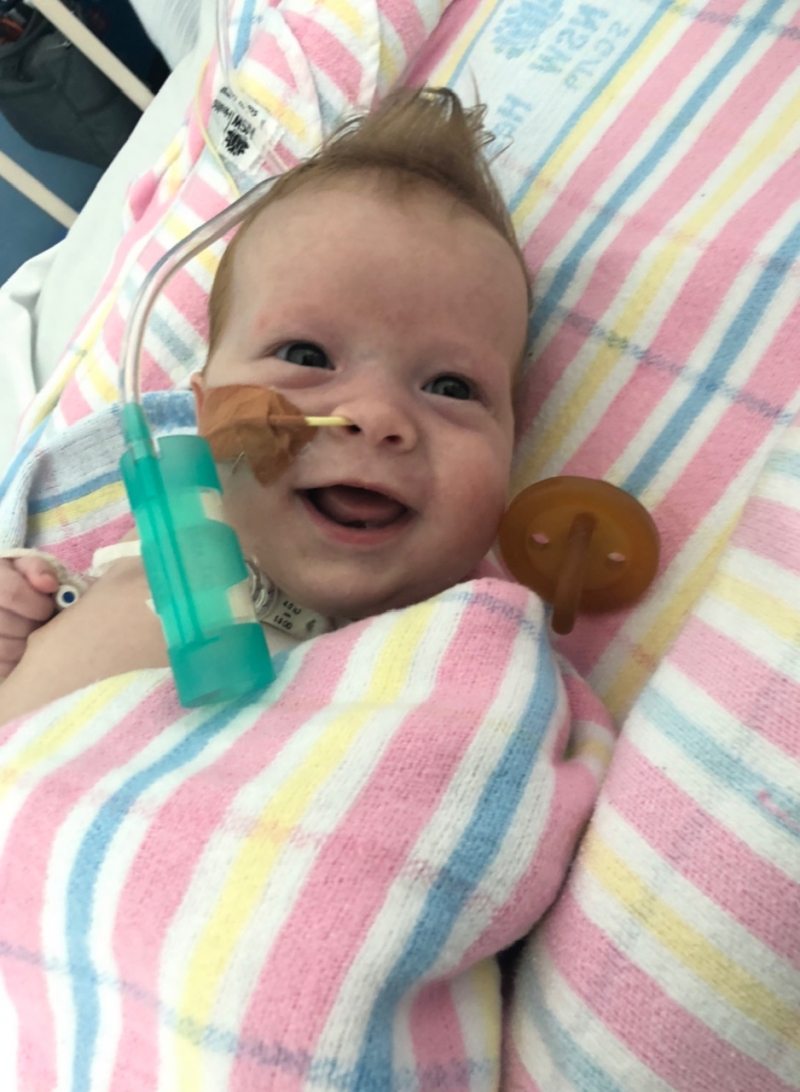 On the 19th of August 2019, Eli Northey entered the world, born with a significant airway obstruction and difficulty breathing. A few weeks later at 6 weeks of age, while Doctors prepared Eli for a neck tracheostomy to be inserted a mass was found in his neck, which sadly a week later was diagnosed as a neuroblastoma focal tumor. Neuroblastoma tumors are cancers that start in early nerve cells (called neuroblasts) of the sympathetic nervous system. This means that tumors can be found anywhere along this system; most commonly (about 50%) start in the adrenal glands (above the kidney), or near the spine, chest, neck or pelvis.

Neuroblastoma is a rare disease with about 40 children diagnosed with neuroblastoma each year in Australia. There is a chance of 1 in 100,000 of a child suffering neuroblastoma. There appears to be no trend in an increasing number of cases in Australia. Eli has already undergone 2 rounds of Chemotherapy under Dr Loretta Lau at the Sydney Children’s Hospital. As Eli is so small, they are hoping that he won’t need any further chemotherapy but his little body really struggled with the treatment. “At the moment the tumour has shrunk and at this time they would normally remove the tumour, but it’s deep within his neck. Surgery is just too risky for now whilst he is so small as the tumour is up against his carotid artery and if that is damaged during surgery it would likely kill Eli.” Said Eli’s father Peter.

Eli has monthly scans at Sydney Kids Hospital to make sure the tumour doesn’t grow or spread. Neuroblastoma can very quickly spread throughout the body making things very dangerous for Eli’s health and if the tumour starts to grow again, doctors have indicated they will either have to risk the surgery and remove the tumour, or more than likely they will have to give him more rounds of chemotherapy.

Even though the chemotherapy has stopped for now, Eli and his parents travel up to the Sydney Children’s hospital 2 times a month from the family’s Horsley home. Once for the tracheostomy clinic and the other for scans of his tumour. Eli will be returning to the children’s hospital for a week in February for tests/treatment for his tracheostomy. Eli will also have to stay in hospital for further chemotherapy and or surgery when the tumour is removed. As the chemotherapy has killed off Eli’s immune system, Eli has been hospitalised 4 times since he was released from Sydney Children’s
Hospital due to infections.

The trips to Sydney and treatment have placed significant financial strain on the family with Eli’s father Peter taking 14 weeks of carers leave from his role as a Sergeant of Police, whilst he was up at the Sydney Children’s Hospital at Randwick. “My Commander, Superintendent Dean Smith has been so supportive of me with Eli’s ongoing illness. As Eli can get really sick at any moment and have to go straight back up to Sydney for treatment. I have been given support from work to be with Eli when I’m needed,” said Peter.

Eli is one of four children in the Northey family, and his diagnosis and treatment has affected his siblings in different ways. They have both been told Eli has cancer, but they don’t understand what it means or how serious it is. “Our kids are doing ok, my younger two Liam and Ava don’t really understand cancer. Luke our 8 year old has taken things pretty bad. Rather than physically showing his emotions and being upset, he has become really reserved and has recently been diagnosed as having anxiety and depression. As well as Eli’s illness, our daughter Ava was really sick in April 2019 with Guillain-Bare syndrome where we nearly lost her. She spent 2 weeks at Sydney Children’s Hospital. Poor Luke has now seen 2 of his siblings being gravely ill, so no wonder he has taken things pretty bad,“said father Peter

A submission for support was submitted to the Illawarra Community Foundation from funds raised during Convoy, and the funding committee granted the family food and fuel vouchers to take some of the financial pressure away over the next few months.

“Eli is a beautiful young boy, who is unfortunately battling cancer at such a young age. We are proud to support Eli and his family during his treatment, thanks to the generosity of the Illawarra who rally behind Convoy every year raising much needed funds to help families just like the Northey’s” said Convoy & Illawarra Community Foundation manager Mark Rigby.