Dapto parents Charlene and Justin Ebbs have been left devastated after their daughter Kalani was diagnosed earlier this year with a rare and aggressive brain tumour. At nearly nine months of age, young Kalani has a fifty-fifty chance of survival.

Late in 2016 the couple noticed that Kalani was slow hitting those developmental milestones, and by January she started aggressively refluxing her feeds. The parents knew something wasn’t quite right and by the start of March she wasn’t holding any food down at all. That’s when they rushed her to the Wollongong Hospital emergency department. The hospital quickly eliminated reflux and other conditions and sent her for an MRI which revealed the brain tumour. Within hours she was at Sydney Children’s Hospital, and being operated on.

Kalani had an Atypical Teratoid Rhabdoid Tumour (ATRT) on her cerebellum and brain stem. Due to its location, only part of the tumour could be removed during surgery, and Kalani is set to endure intensive chemotherapy and radiation for the next 12 months. “We have learnt to never take anything for granted and we cuddle, kiss and tell our children we love them every day as if it were their last. ATRT with treatment has only a 40 to 50 per cent success rate. We pray every day that she will be one of those 50 per cent success rate statistics,” Says Mrs Ebbs

Kalani is recovering well from her surgery, and was able to go home for a short time prior to the start of her upcoming cancer treatment, meaning lots of trips to the hospital for treatment.

After applying for funding from the funds raised during the i98FM Illawarra Convoy, the Ebbs family is being supported with food and fuel vouchers to help reduce the financial burden during Kalani’s treatment.

“We owe so much to the illawarra community and convoy. I hope one day we will be in the position to return the favour and help other struggling families of sick children aswell.” Says Mrs Ebbs.

“We are proud to support the Ebbs family in what must be an extremely difficult time. Hopefully this funding can assist the family by reducing the financial burden of treatment, and allow them to concentrate on getting Kalani through this.” Says i98FM Illawarra Convoy Manager Mark Rigby. We Encourage other families dealing with life threatening medical conditions to apply for support through the foundation. 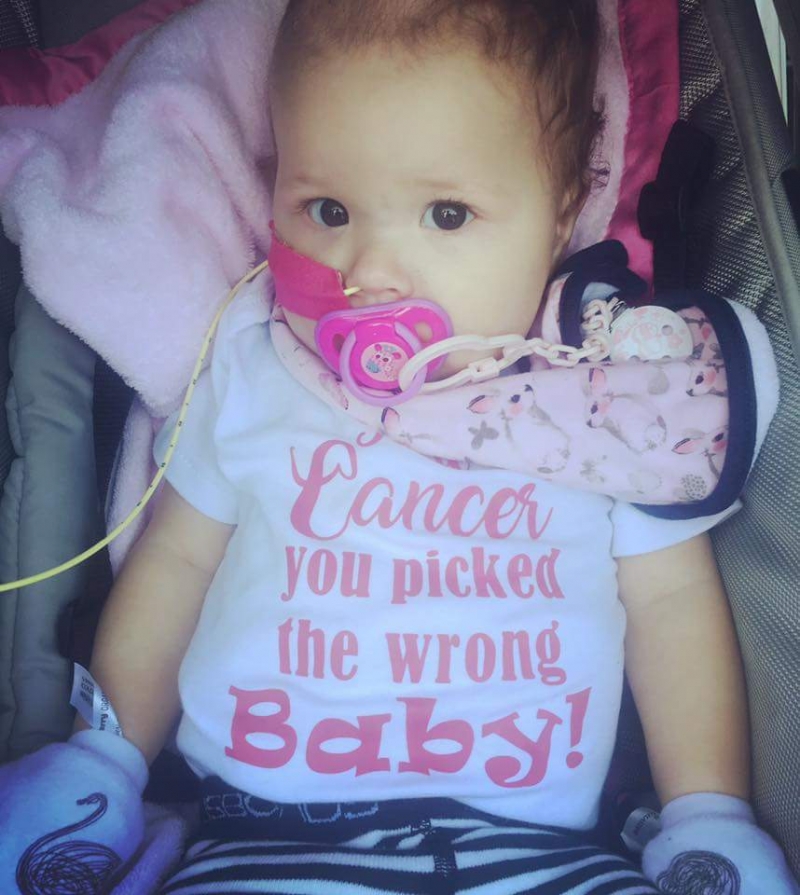