What is at the Convoy Free Family Fun Day and when is it on??

The 2021 i98FM Illawarra Convoy, is scheduled to take place Sunday 21st of November. Due to Covid-19 our 2020 event was unable to go ahead. We’ve left the 2019 event info up so you can get an idea of what the day includes! Once the 2021 event is confirmed these details will change! 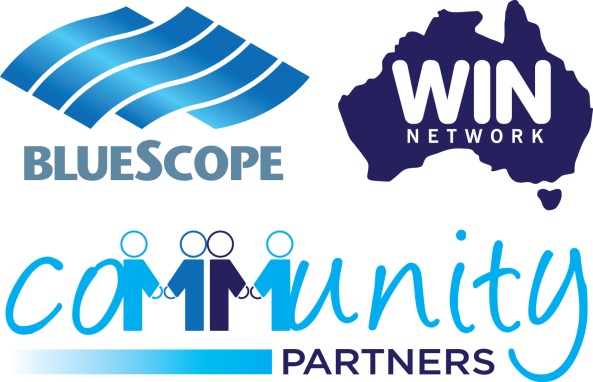 As we are operating in a live airport environment for the event, the following rules apply for the airport.
NO SMOKING, NO ALCOHOL, NO ANIMALS OR PETS, NO WEAPONS. 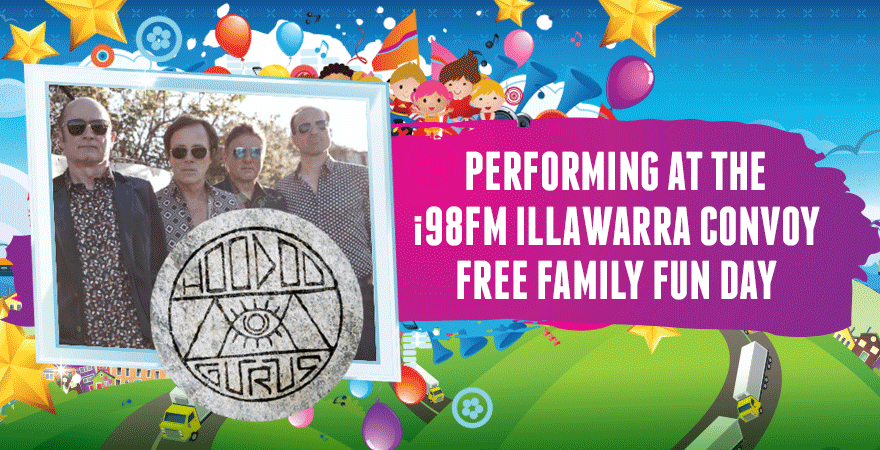 The legendary Hoodoo Gurus. By any measure, one of Australia’s greatest, best loved, most enduring rock bands of all time.

“What’s My Scene”, “I Want You Back”, “Miss Freelove ‘69”, “Like Wow – Wipeout!”, “1,000 Miles Away”, “Bittersweet”, “My Girl”, “Come Anytime”, “I’m Crackin’ Up” – tracks that represent the unmistakeable sound of the irrepressible Hoodoo Gurus; but those are just a sample from their canon of instantly identifiable songs that have helped provide a soundtrack to Australian and international fans right through the 80’s to today.

The Hoodoo Gurus formed in Sydney on January 1, 1981 to play their first “show” in an inner city lounge room. Founding members Dave Faulkner and Brad Shepherd have been joined along the way by Rick Grossman (’89) and Nik Rieth (’19) The band’s debut Stoneage Romeos, full of garage punk songs and pop references, was named Australian Debut Album of the Year and was released in America where it stayed at number 1 in the Alternative / College charts for 7 weeks, becoming one of the most played albums for the year on the college network.

To celebrate 30 years of Gurudom that year they put together the Dig It Up national tour, featuring a line up of some 24 artists that had been part of the band’s creative life including The Sonics, Redd Krosss, The Fleshtones, Died Pretty and the 5,6,7,8’s among other. The shows sold out in all of the capital cities. In 2012 the Dig It Up II festival included The Blue Oyster Cult, Flamin’ Groovies, The Buzzcocks and the Sunny Boys.

Through the span of their international triumphs with sold out tours, 9 gold and platinum records and accolades including being inducted into the Australian Music Hall of Fame, the Gurus have remained one of the most popular and successful musical acts Australia has ever produced. 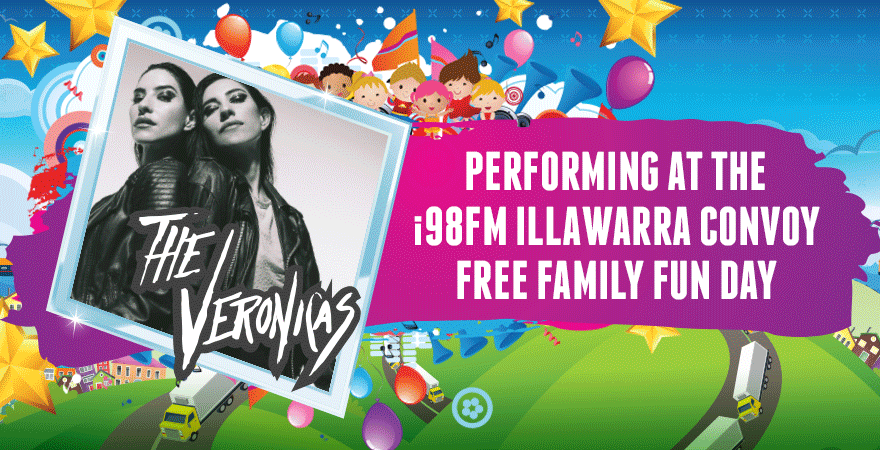 The Veronicas hail from Australia, yet their impact has been felt around the globe.

Jessica and Lisa Origliasso, twin girls born on Christmas Day, were teenagers when they moved to LA, signed a record deal with Sire Records and released their first album, The Secret Life Of…. featuring three top ten singles including the timeless anthem 4Ever.

A second album soon followed. Hook Me Up, the lead single shot straight to Number One and was quickly followed by the iconic worldwide hit Untouched (which became the first Australian single to sell more than a million copies digitally in the USA). They toured the world playing to millions of loyal fans and in 2014 after signing to Sony Music, the girls again reached the Number One spot in their home country with You Ruin Me and it was also a hit around the world including Top 5 in the UK.

Just two years later in 2016, the Veronicas were again at the top of the charts with In My Blood another Number One single. In 2019, The Veronicas remain at the forefront of pop music with their latest single Think Of Me. In the streaming age, the song has already amassed millions of streams and critical acclaim.

This year they’ve shown their versatility and staying power yet again with appearances at Field Day and Bluesfest and Splendour In The Grass and a newly signed global deal with MTV: with their own TV series airing in 188 countries in late 2019. 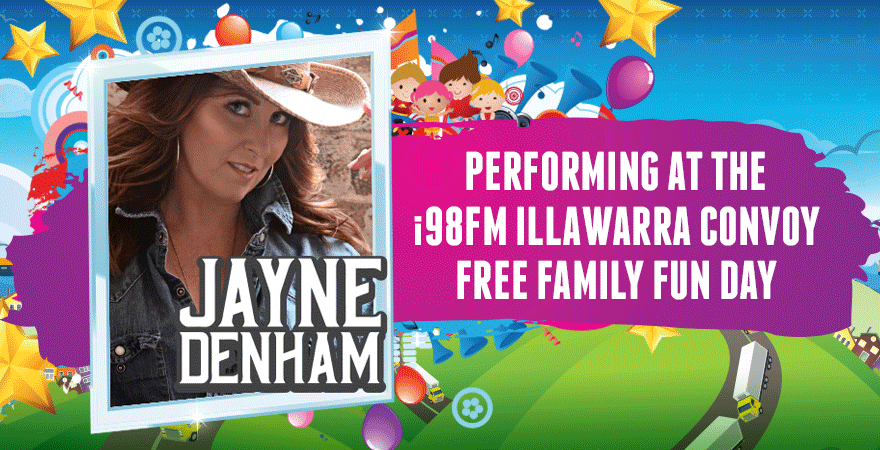 Jayne Denham’s impressive and relentlessly energetic live show has seen her earn performance opportunities at all major Australian country music festivals including Main stage, CMC Rocks, Gympie Muster, Deni Ute muster and, more recently, invited to perform in the USA.
Recently Jayne had a No #1 smash hit duet ‘Hung Up On You’ with Troy Kemp that landed them a Golden Guitar nomination this year, for Vocal collaboration of the year. The video clip also hit #1 on the Country Music Channel. The song has now been played over ONE MILLON times on Spotify and Apple Music. Jayne has scored four #1 hits in Australia, six top 10 songs in the National Country Charts, 6 video clips reaching Top 10, as well as six nominations for the Country Music Channel Awards and three Golden Guitar Award nominations.

Jayne is set to film a band new music video in the USA with four of the Ice Road Truckers for her latest single ‘Black Coffee & White Lines. 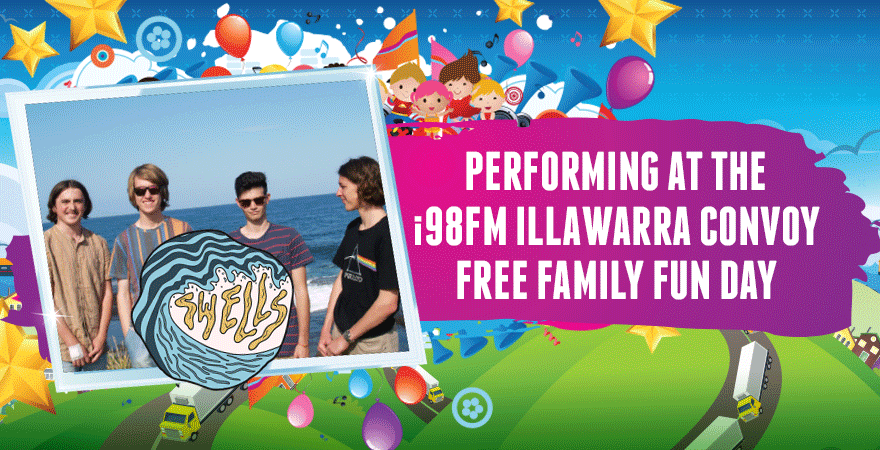 Inspired by that surfy, laid back kind of music. Swells are four guys out of Shellharbour, Wollongong looking to make some chilled out music and have a bit of fun along the way.

After only a few months of being together, the boys have lined up huge gigs at Yours and Owls, and the i98FM Convoy. Their high energy, mellow- vibe sound was cultivated through long hours listening to both Jazz and classic Surf Rock. In love with 70’s aesthetics, tunes and culture, they hope to do justice to your ears and play some rad music.

At the end of the day, Swells are just a few mates that have stumbled onto instruments and started jamming in a bedroom together. They’re always keen for some more gigs and longing for good times. More tracks and sweet treats on the way.

9.20am – 9.50am MOTORCROSS Yatcon Freestyle Riders on the Freestyle Track

9:45am - Tom Begic, Skydive the Beach flag Skydive into Convoy

11am – 11.30am MOTORCROSS Yatcon Freestyle Riders on the Freestyle Track

315pm – 3.30pm Marty, Christie and Crammy to do Convoy Raffle draw on stage, thank everyone and close event.

Peter Yates and his team will be bringing some of the best freestyle motocross riders in the country to the FMX Jam. 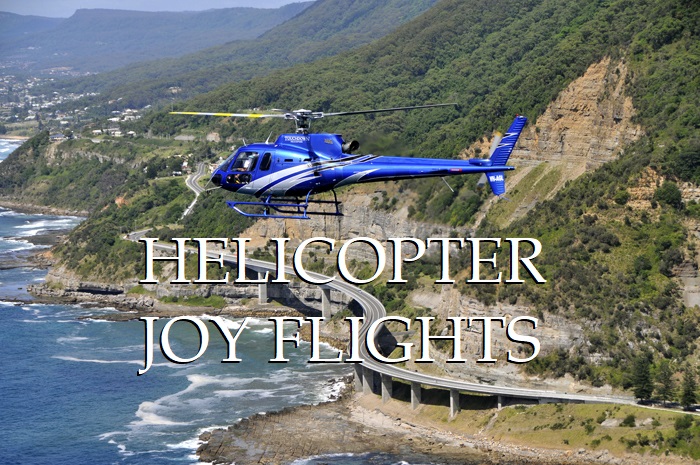 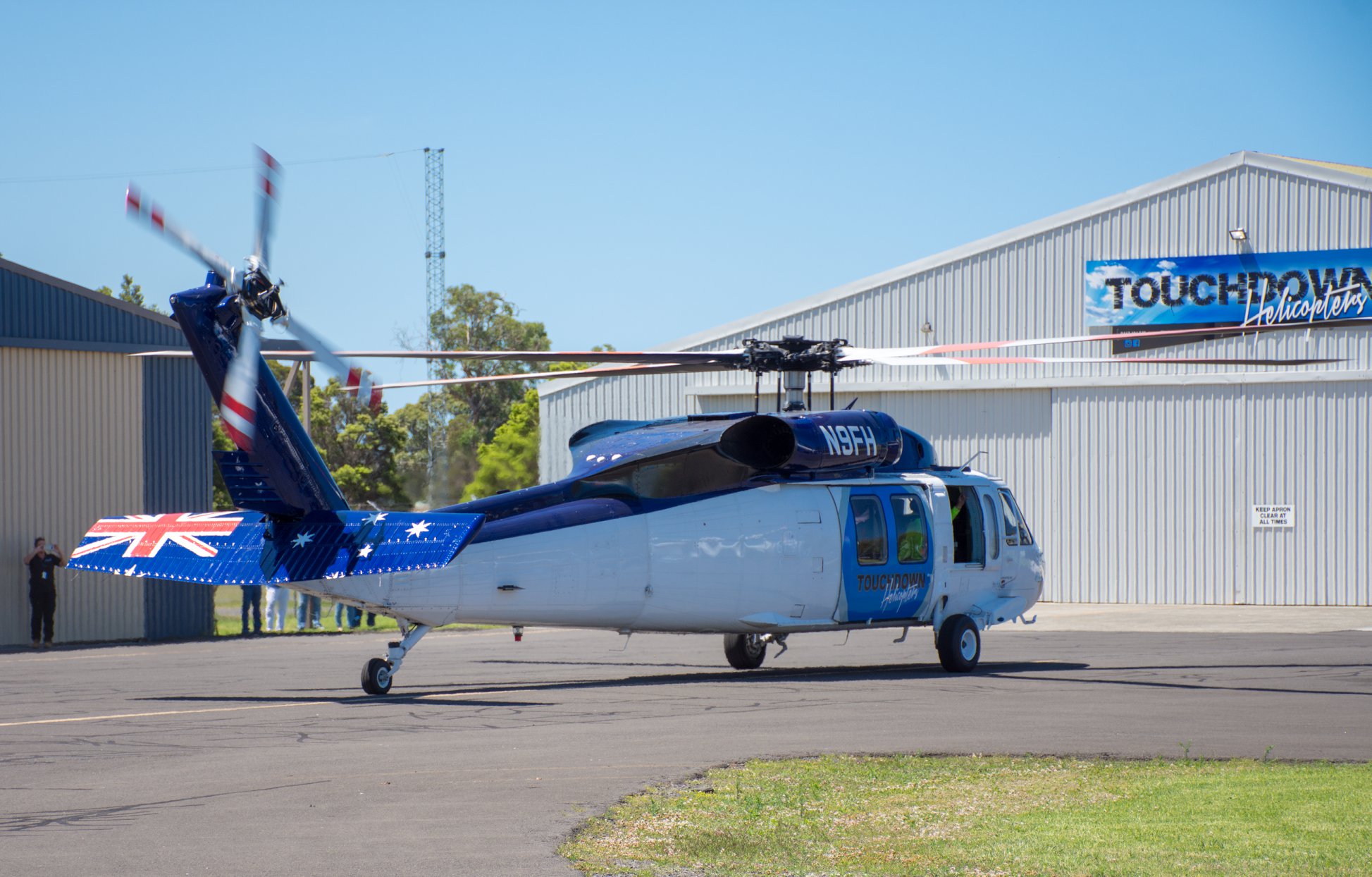 Touchdown Helicopters will be bringing a fleet of helicopters to the event again in 2018 and will be donating a portion of sales to Convoy! What better way to see the Convoy and Free Family Fun Day than from the air! Pricing available soon. A fleet of former US Army Blackhawks have been brought to Australia to be rebuilt as fire-bombing helicopters.The aircraft have been deployed to locations across the country, with one now finding a home in the Illawarra at Touchdown Helicopters. The Blackhawk will be on display at the fun day too!

Cars for Convoy will see some of the regions most impressive cars of all makes and models out in force and on static display for Convoy. Proudly bought to you by.

Weather permitting Tom Begic from Skydive The Beach, Wollongong, will be dropping into the free family fun day at 9:45am just before the trucks arrive with a absolutely HUGE convoy flag in tow!! Thanks our major event sponsors Hutchinson Builders who got the flag created ready to go! Tom has many years of Skydiving experience and were stoked to have him again this year! 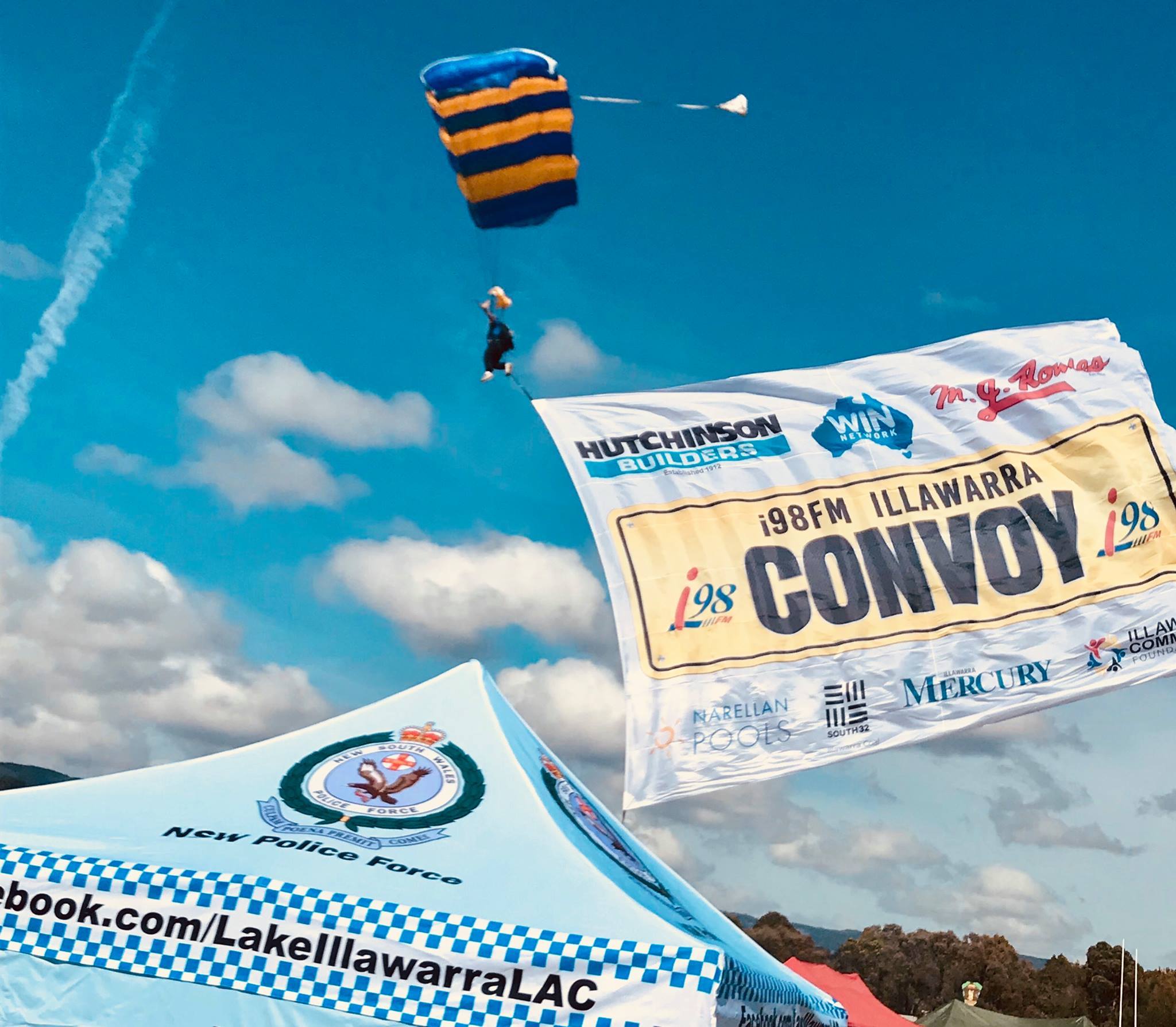 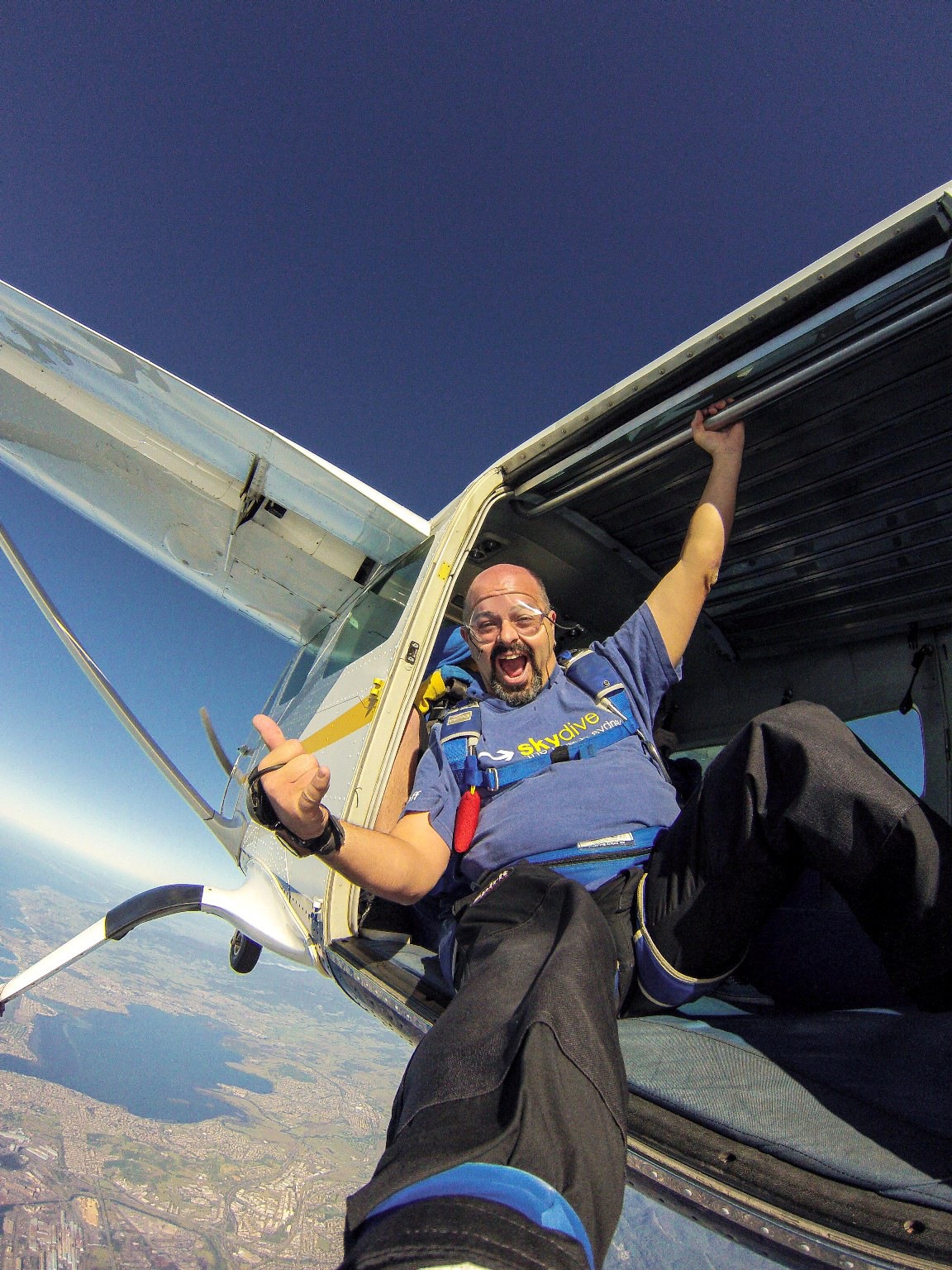 This year Fosters Carnival Amusements will be bringing these awesome attractions to the fun day! 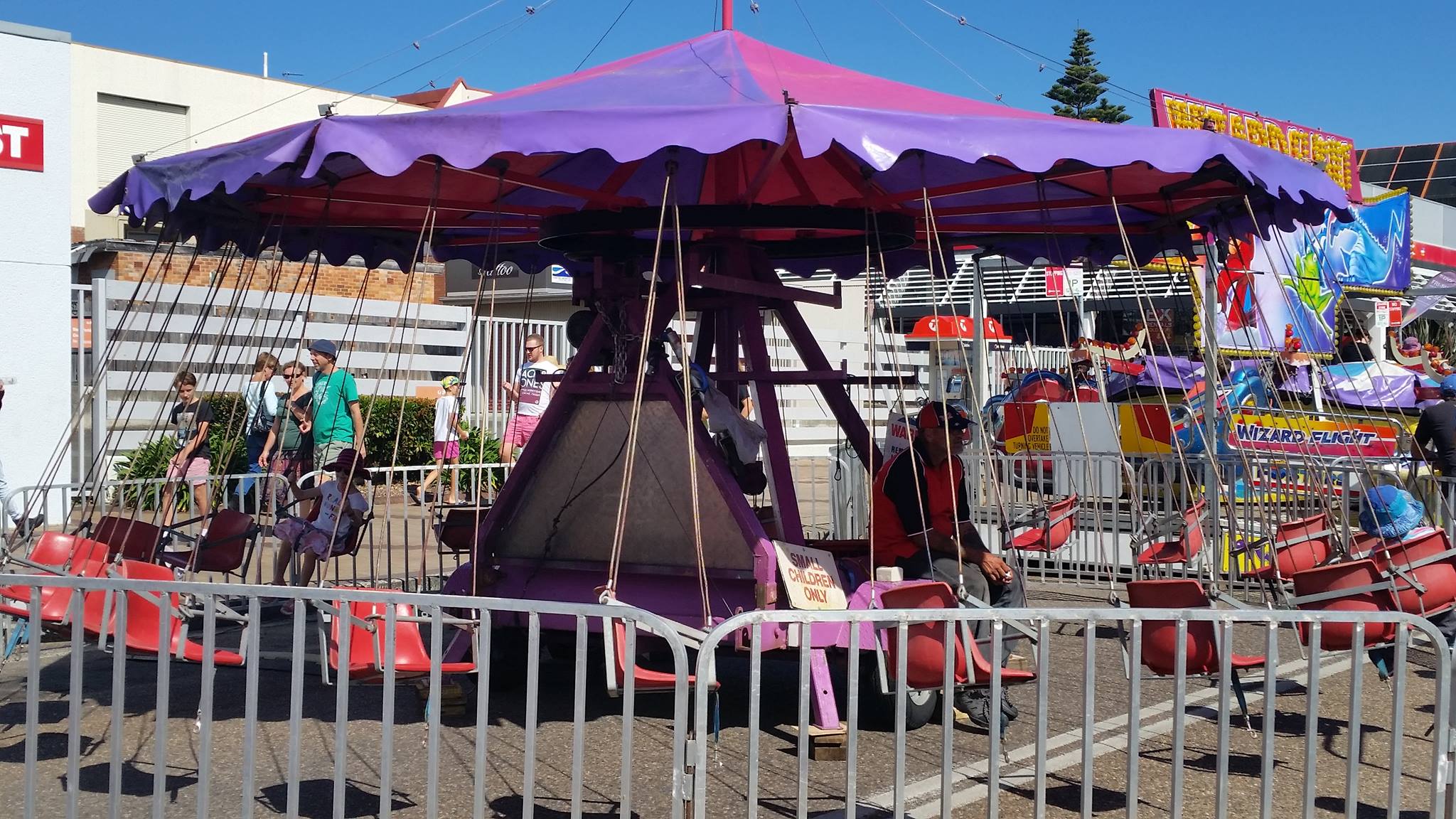 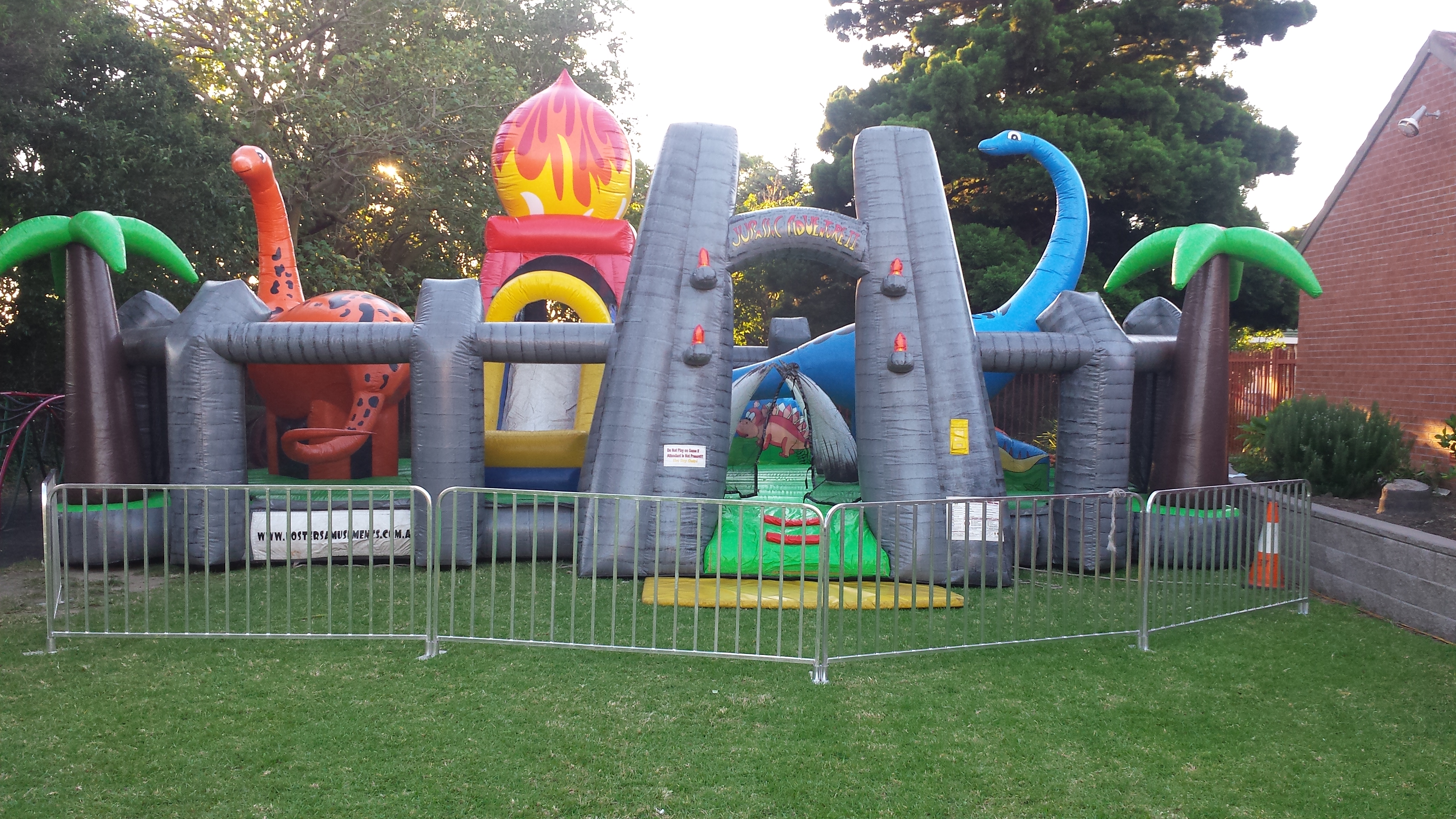 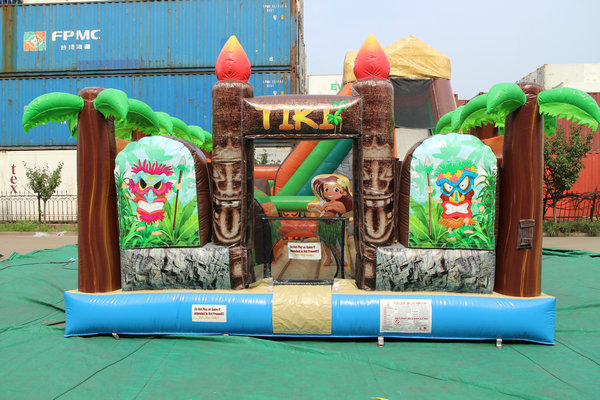 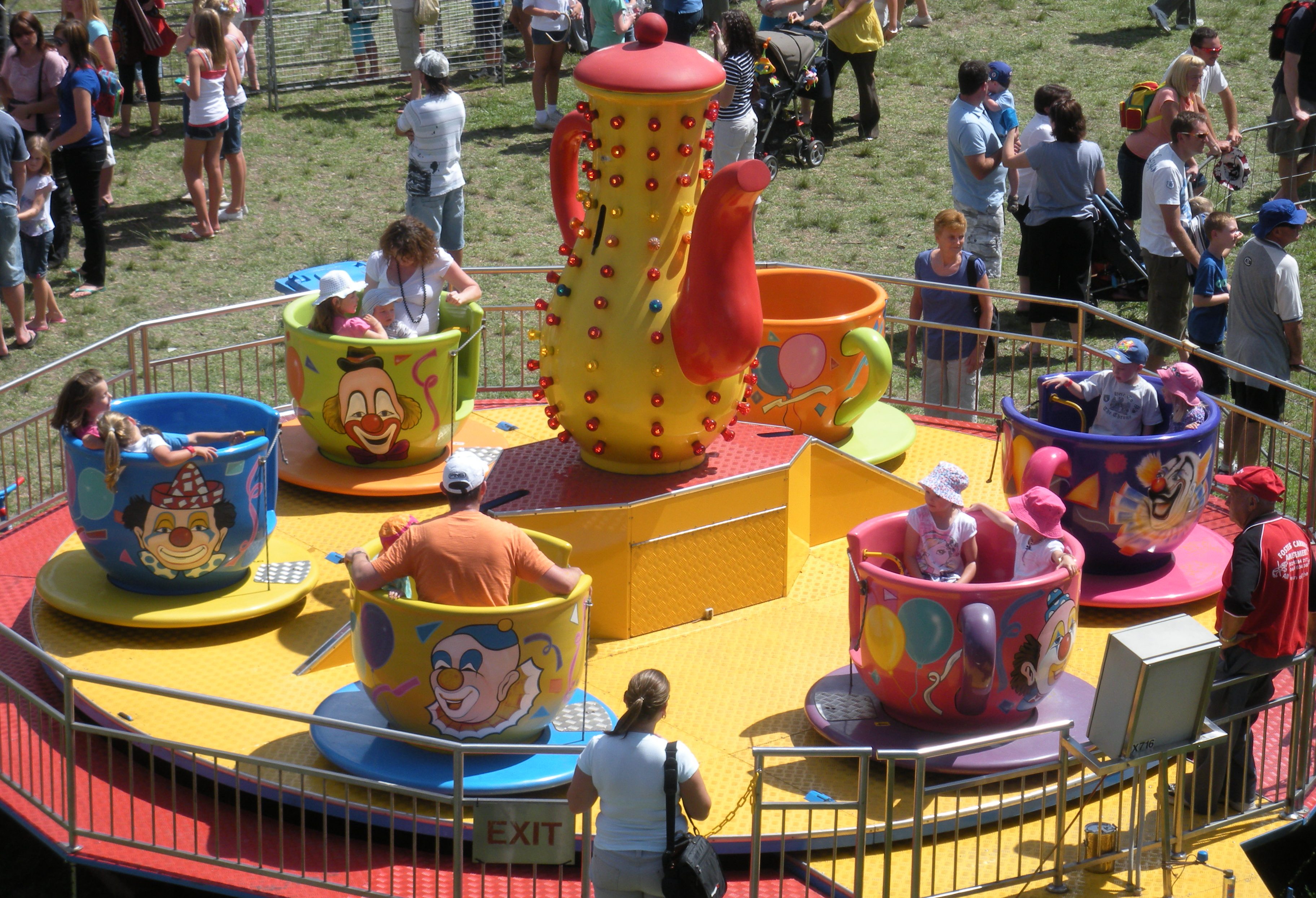 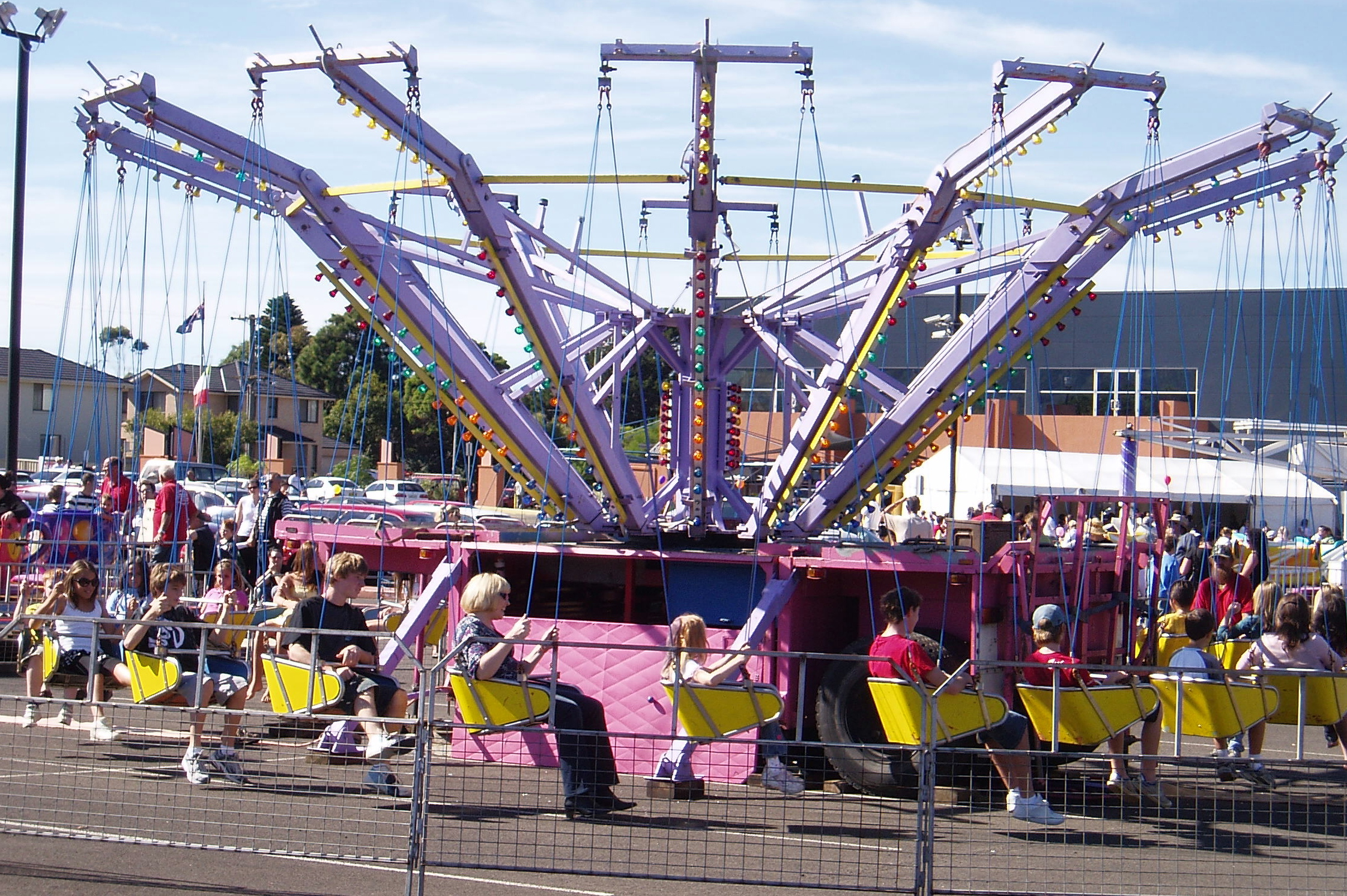 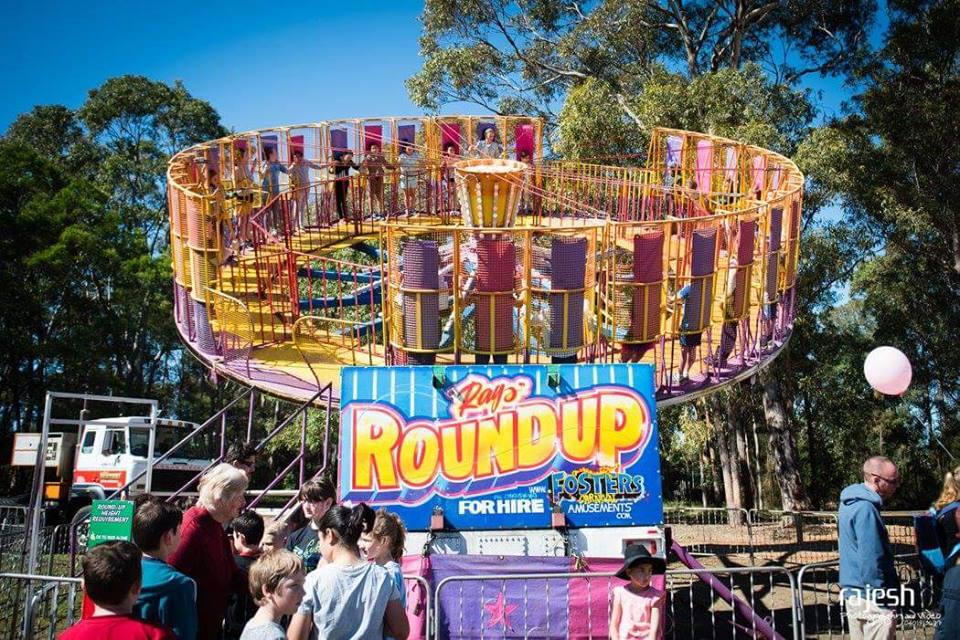 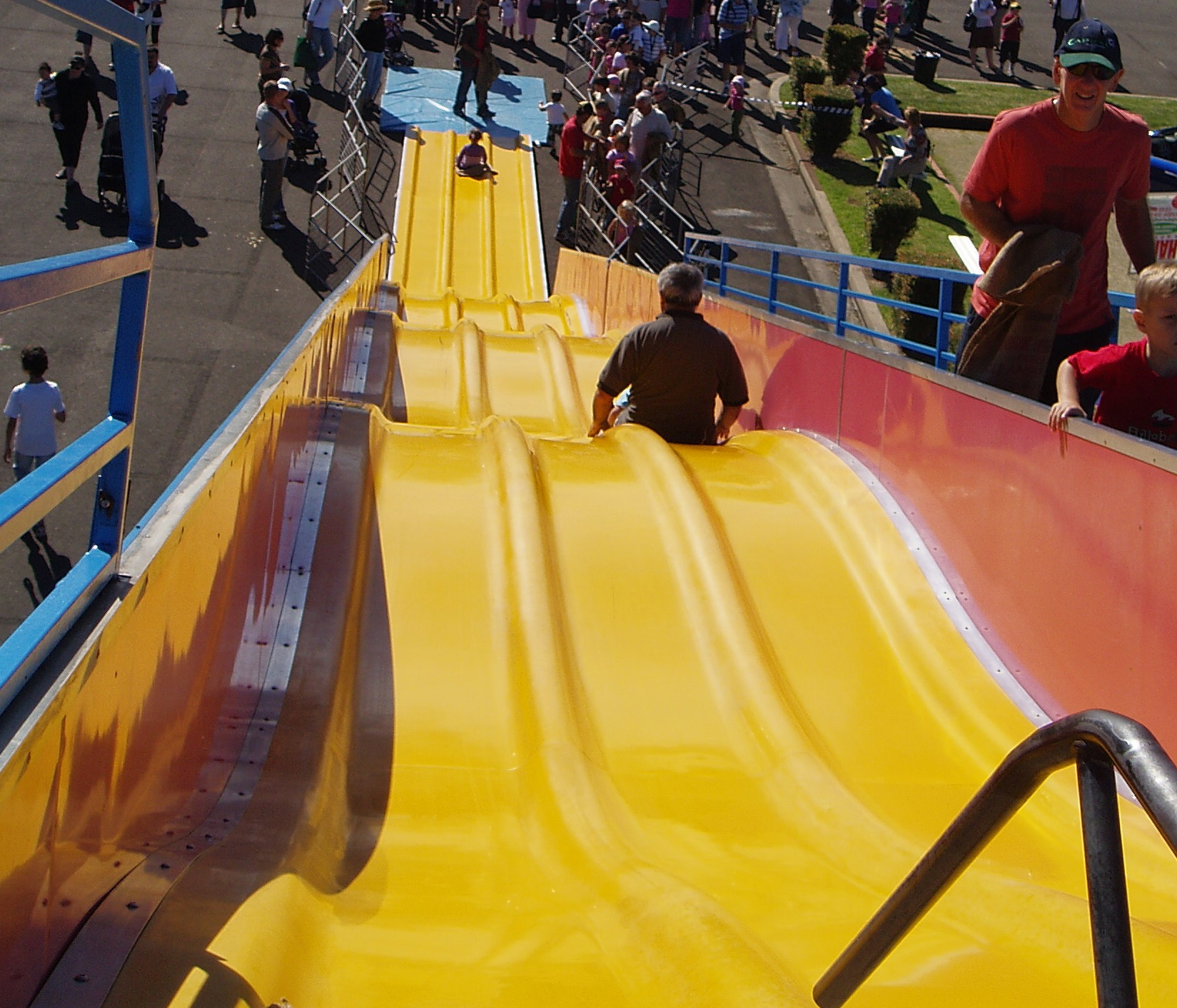 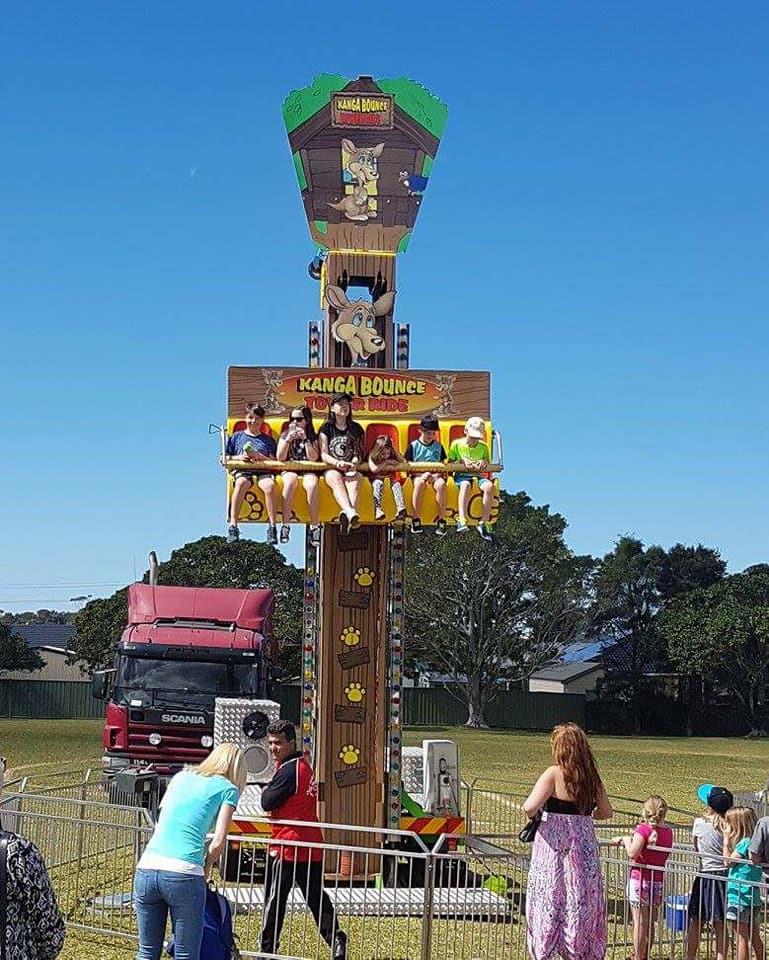 Back by popular demand are the team from Little Big Rigs Sydney. This was a massive hit last year, and the club will be bringing a range or remote control replica trucks to Convoy again this year! 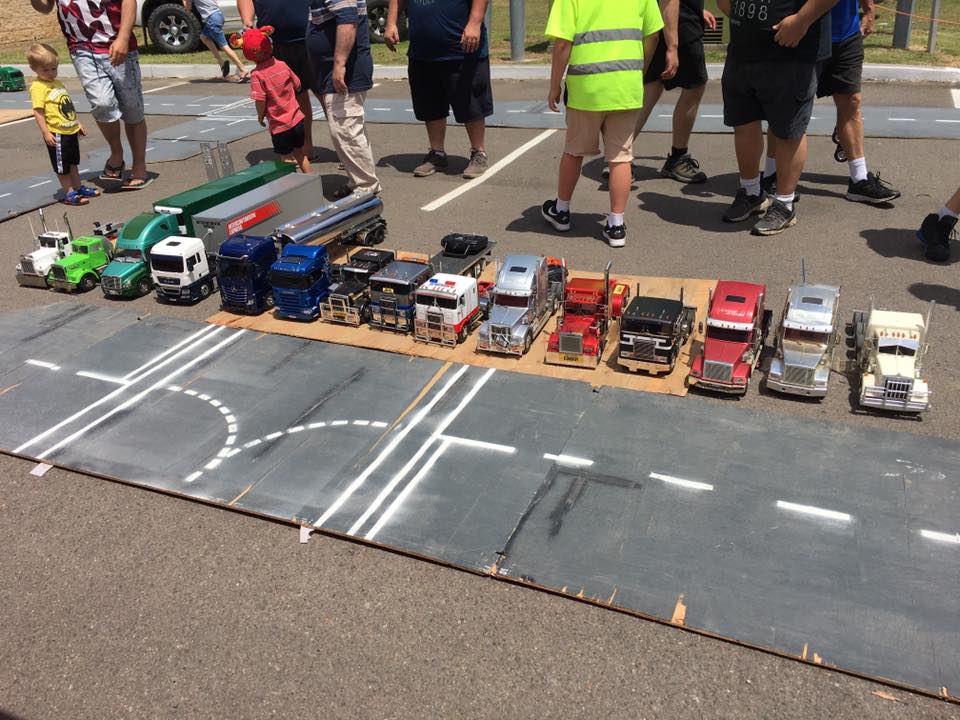 Offical transport of the V8 Supercars medical and safety cars., Autocare are bringing their transporter trailer and support vehicles to the free family fun day. 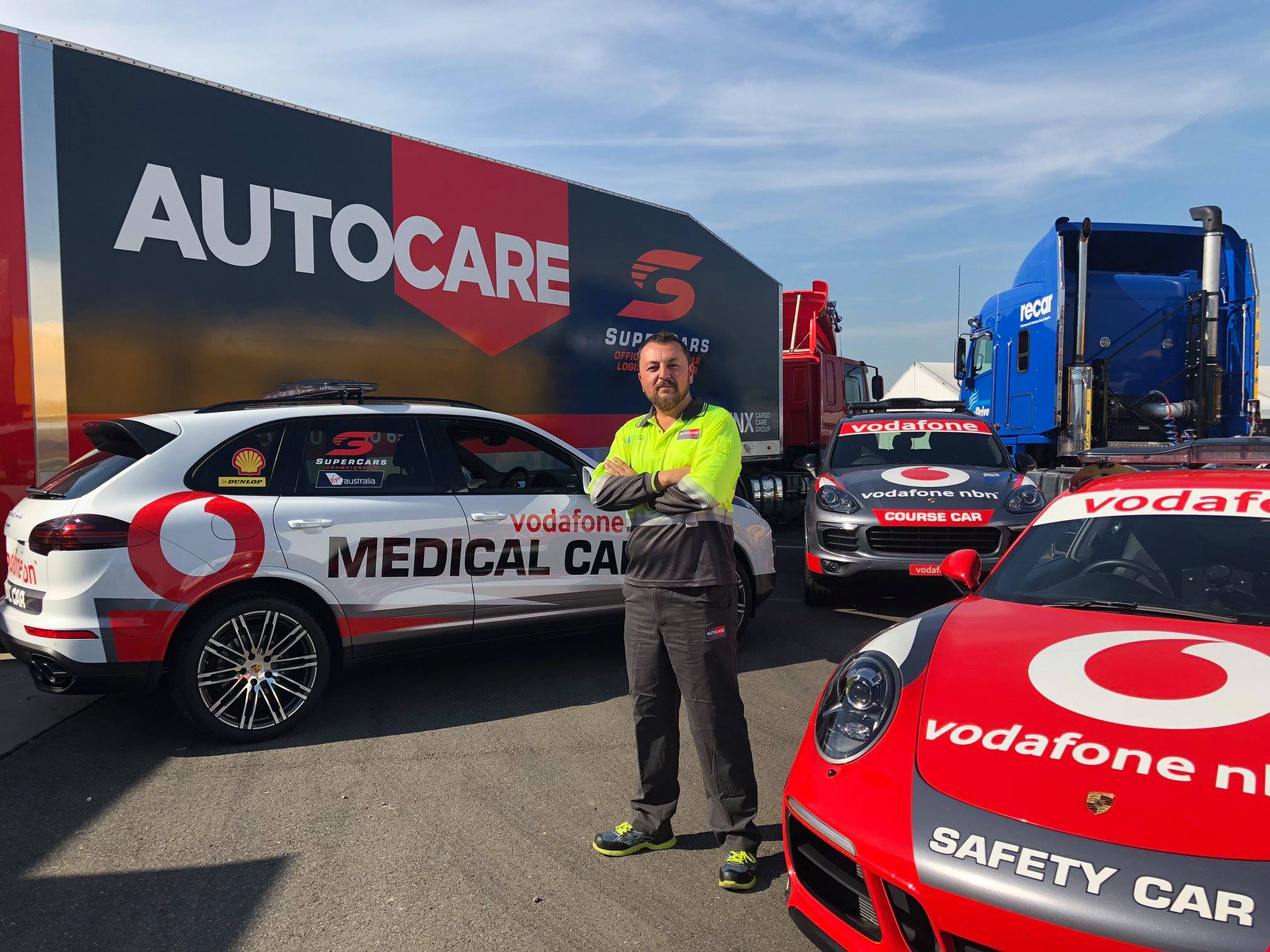 ”…The Legion seeks to promote interest in Star Wars through the building and wearing of quality costumes, and to facilitate the use of these costumes for Star Wars-related events as well as contributions to the local community through costumed charity and volunteer work…“s the 501st Legion is a worldwide organisation, areas are divided into garrisons making it easier to manage events locally. The Southern Cross Garrison is a part of the 501st Legion. The Southern Cross Garrison, founded in July 2009, is part of the 501st Legion and has a growing membership of 113 volunteers covering NSW and ACT. 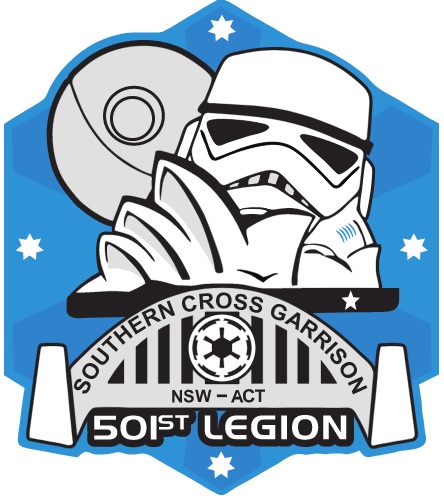 In 2015, the US-built Mustang was labelled as the fastest Door Slammer in the world. It was built to comply and race the Pro Mod competition. In 2018 Team Mauler Racing, are proud to represent Moits World Record Performance Car now labelled by the ICE Group Team. Steered by Greg “Mauler” Tsakiridis of Team Mauler Racing and managed by the well-known crew - Chief Mr King Con Elfes along with his brother Vick Elfes of CV Performance. This World Record & Australia’s fastest Turbo Car in the Country, reaches speeds of up to 274MPH in the 1/4 mile in 5.59 seconds at Street Car Super Nationals in St. Louis! 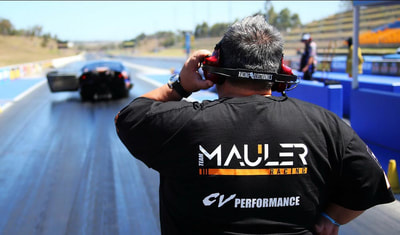 Monster Midget is a wingless sprintcar that races at Parramatta (Valvoline Raceway), Nowra Speedway and Goulburn Speedway. The car has a 3.8L Holden Commodore motor doing speeds up to 130kph sideways on clay speedways with up to 24 cars on track. 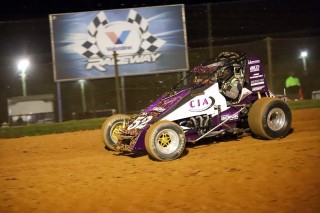 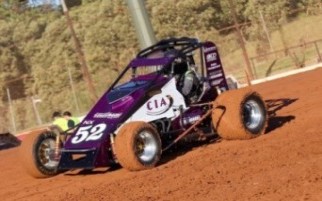 This year NSW police will be bringing some very special police vehicles both new and old to get the Convoy to Shellharbour Airport safe and sound! They will be there for the day for the kids too! 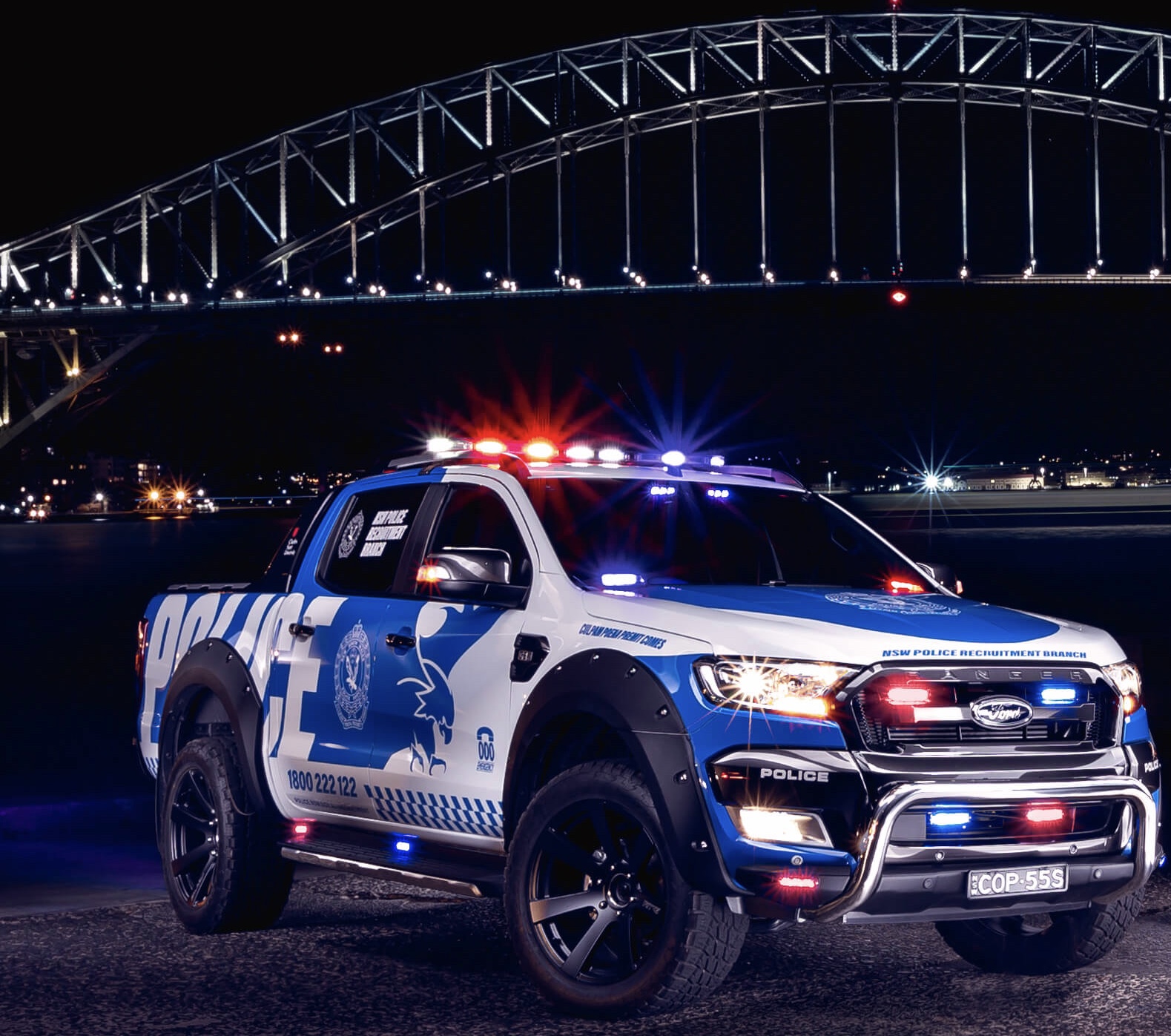 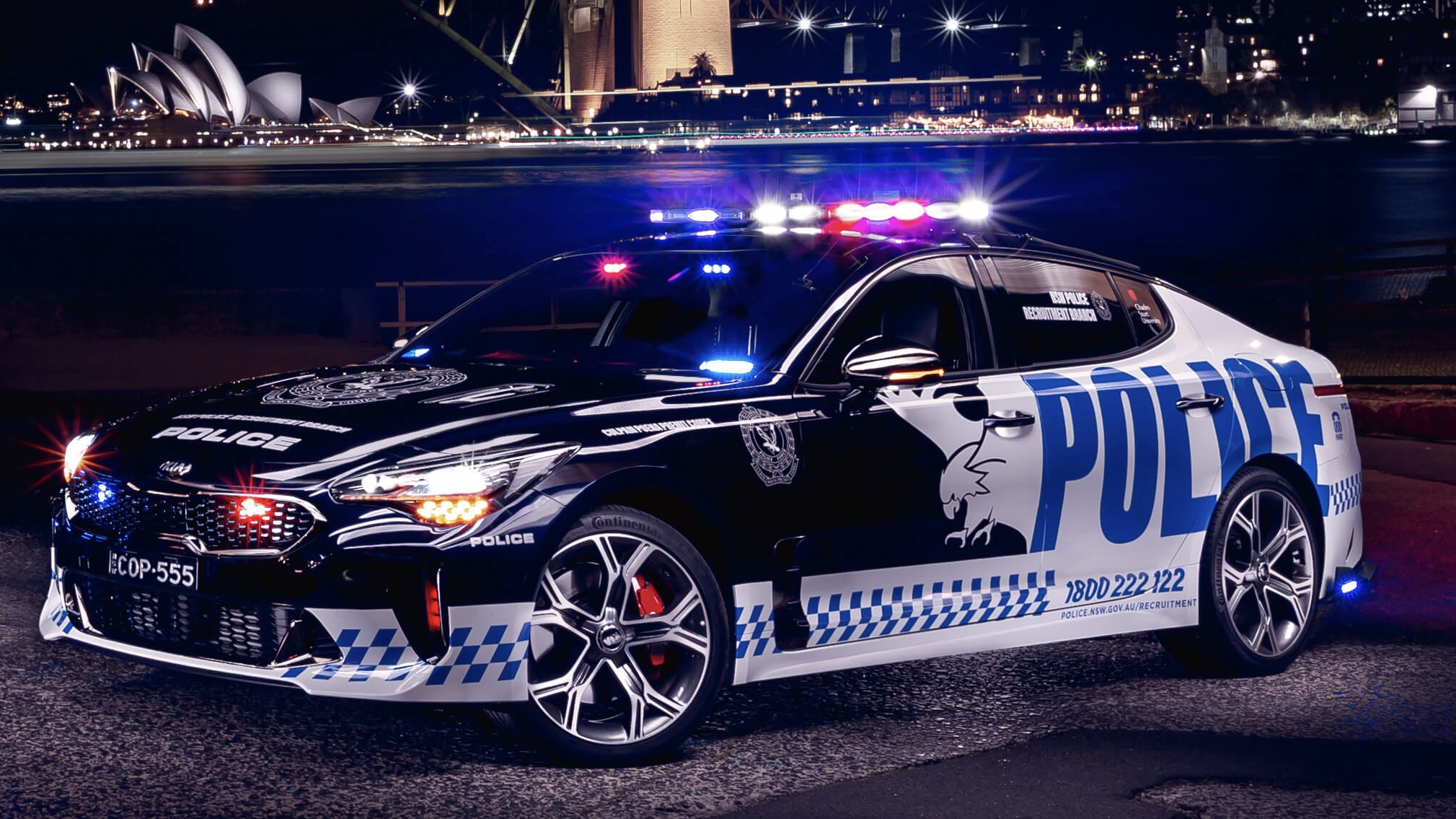 There’s a huge range of food and market stalls at the free family fun day.

Check the wide range of stall holders below.